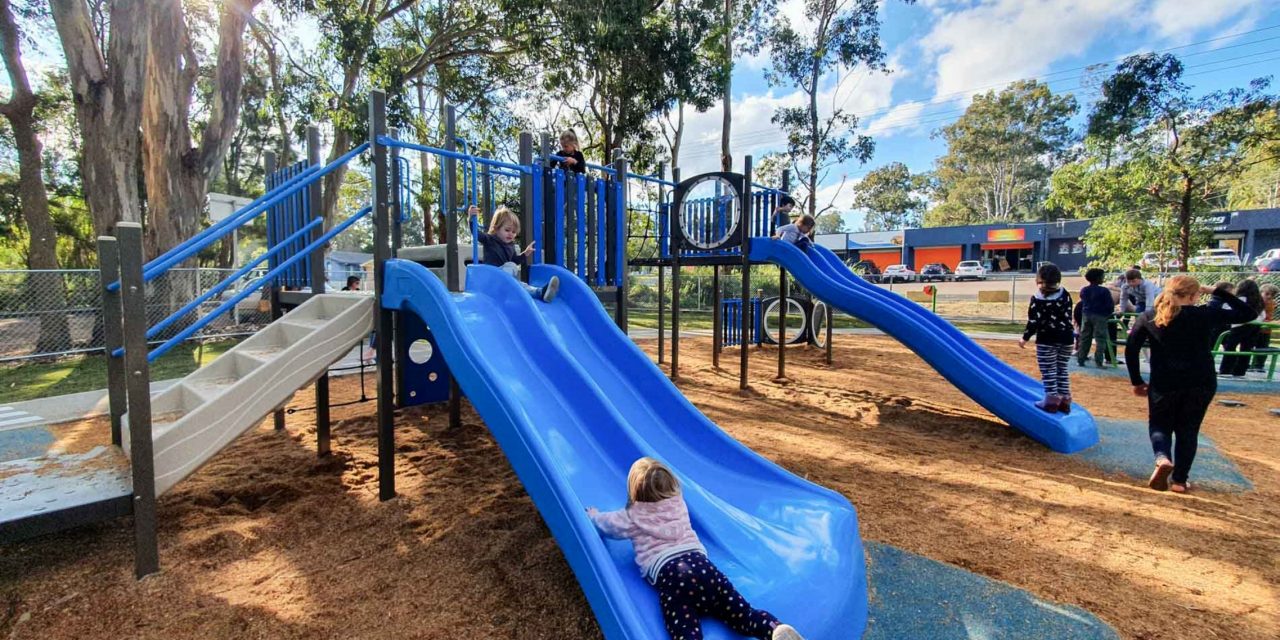 There’s a NEW playspace in town and we’re loving the features that make this recent upgrade to John Peter Howard Reserve in San Remo a “Must Visit” for Central Coast locals – I mean, there are FOUR slippery dips for Heaven’s sake!

The park boasts heaps of fun new features, including a super cute little petrol station where toddlers can fill up their imagination tanks, plus a shop for tots who love to role play.

There’s a fantastic bike/scooter track that runs the perimeter of the park – perfect for training wheels and children learning to scoot. For families wanting to get some exercise before or after a play at the playground, there’s a great walking path that runs alongside the neighbouring lake.

Our littlest Playing in Puddles reviewers were so excited to play in this park and we’re sure yours will too!

Facilities: There’s lots of grass and open space on the reserve, along with seating. There are a total of 6 tables with seats, with 3 of them undercover. There’s also an undercover BBQ, bench seating in the park area, a drinking fountain and rubbish bins. Sadly there’s no toilet.

Fencing: The park is fenced on the road side but open on the reserve.

Groundcover: The park is soft fall and woodchip.

Parking: There are some parking spaces available.

Location: Liamena Ave, San Remo, opposite the local shops (one of the stores is number 39).

While you’re in the area, why not take a stroll along the lake to Edgewater Park Buff Point or take a short drive to Lady Laurel Playground in Blue Haven!