Seals have been visiting the Central Coast lately. Here’s what to do if you spy one 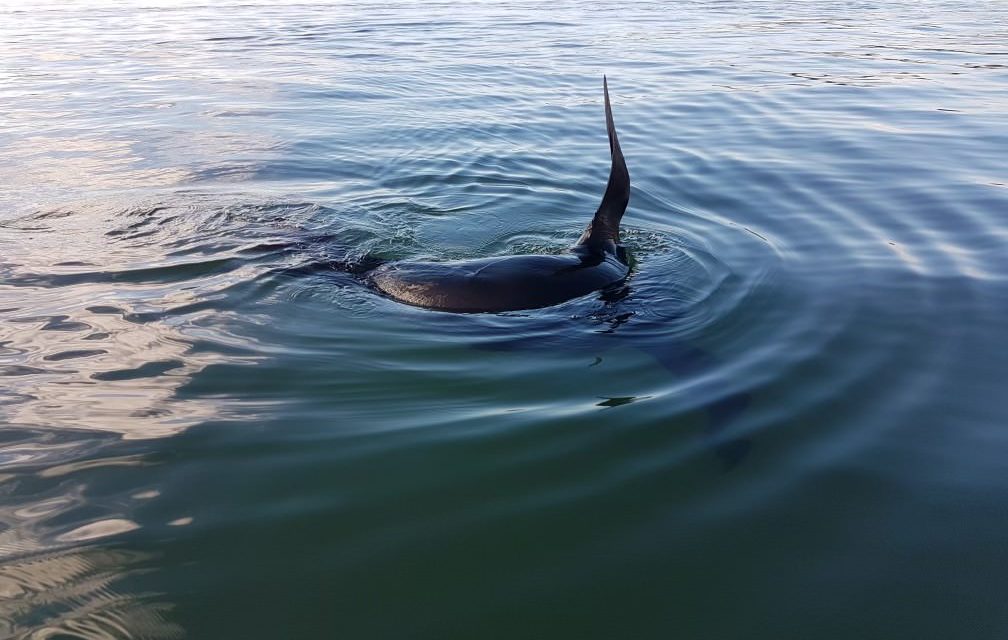 Each and every year we are visited by so many amazing creatures on our coastline. In the last couple of months, there has been a lot of seal sightings across the Central Coast – both in the water and snoozing on the beach. So we asked marine biologist, former Sea World seal trainer and Playing in Puddles’ contributor Emma Teni what you should do should you come across one!

What marine mammals are visiting our coast?

Seals, Sea Lions and Walruses are all marine mammals that are members of a group known as Pinnipeds, which means “winged foot”. This group can be further divided into two groups: Eared Seals (Otariids), which include Fur Seals and Sea Lions; and Earless Seals (Phocids), such as Leopard Seals. In total there are 36 species of Pinnipeds, but only 7 of these species have been known to visit our coastline. Eared Seals that are known to visit our coastline include the New Zealand Fur Seal, the Australian Fur Seal, the SubAntarctic Fur Seal and Australian Sea Lions. We also have had rare visits from earless seals (true seals), including Leopard Seals, Southern Elephant Seals and Crabeater Seals.

What should you do if you see a seal?

Firstly and most importantly make sure you don’t get too close: stay 30m away (both on land and in the water). Although these guys look like puppy mermaids they can give a nasty bite (nine times harder than a domestic dog) – ouch! And they can transverse the land pretty quickly.

If you happen to see a seal snoozing in the sun, make sure you don’t get between him and the water. If he gets scared the first thing he will do is run back to the safety of the water, and if you’re in his way he might just take you with him! If you’re walking your dog, make sure your pooch is on a lead and kept well away from our coastal visitors.

Admire him in all his beauty – from a safe distance – and call ORRCA (Organisation for the Rescue and Research of Cetaceans in Australia) on 02 9415 3333. See below for more on this.

Why is the seal on the beach? Is he sick?

Often if a seal is laying on a beach he is perfectly fine. This is actually a behaviour called “hauling out” and it’s completely normal! Yes, he might be tired, but don’t assume that yawn is him telling you he is sleepy; yawning is a seal’s way of saying back off. He flashes his big teeth to let you know he will use them if he has to.

Seals spend a large portion of their days/nights, and in some cases even weeks, hauled out. He is more than likely perfectly fine, enjoying the sun and getting energy to do some fishing later on.

I’ve seen a seal floating in the water holding his flipper in the air. Is he injured?

Don’t worry: he isn’t holding a sore flipper out of the water and he isn’t sick. This is a behaviour called Thermoregulating, or quite simply “Sailing”. What he is doing is cooling himself down! You see, he doesn’t sweat like you or me! But he has amazing flippers and blood flow, and he can actually place his wet flippers out of the water (like a sailing boat) to cool down his blood in the breeze. He then pumps the cold blood all around his body to cool himself down. Pretty neat hey!

What can you do to help?

So what can you do to help! If you see a Seal, or any other marine mammal, there are lots of people out there who want to know. Report all sightings to ORRCA on 02 9415 3333. By giving them important information such as your location, the type of animal, if the animal is entangled in anything such as fishing nets and if the animal has any injuries you’re doing your bit to help! And remember, every time you visit a beach or our waterways, Take 3 for The Sea!

Impress your kids with these Fun Seal Facts!