Get ready to Float Your Boat on Lake Macquarie! 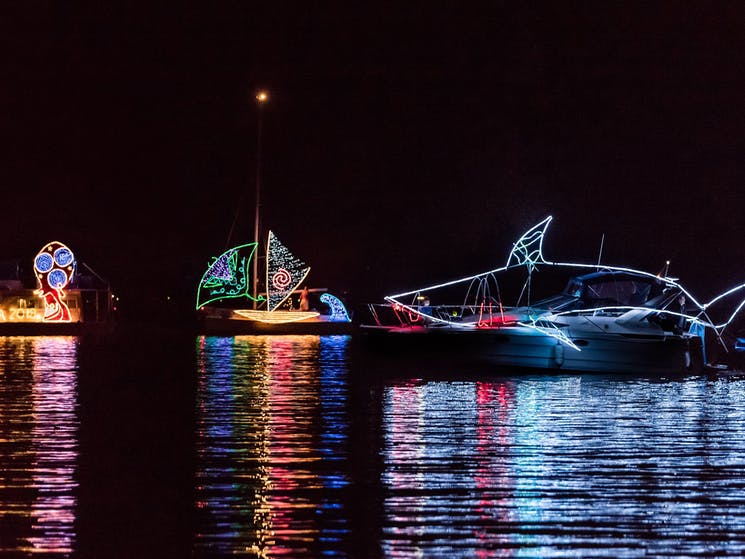 Kids and big kids (a.k.a. grown-ups) loooove things that light up – so put on your thermals, pour some hot chocolate into your thermos, and line up on the shores of Lake Macquarie for this year’s Float Your Boat competition. It’s like a little bit of Vivid close to home!

So what’s it all about? Float Your Boat is an open competition for boat owners to deck out their boats in ALL the lights and take part in a flotilla parade for cash prizes. It’s held over two nights (Friday, June 18 and Saturday, June 19) and if you head along you can expect to see a rainbow of colour cruise past. Spectators get to vote for their favourite boat for the People’s Choice Award too.

There are also foreshore live sites, including Toronto Foreshore (on the Friday) and Warners Bay Foreshore (on the Saturday) that will have roaming magicians, LED hoola hoop show, children’s rides, jumping castles, food trucks and more.

For the full program, including the times you can expect the boats to be at each vantage point, check out the Lake Macquarie City Council website.

Here are some ideas on how you can enjoy Float Your Boat:

And here’s the scoop on the best viewing locations:

When: Friday, June 18 and Saturday, June 19, 6pm – 9.30pm.
Where: The Float Your Boat flotilla parade will make its way along the western side of the lake on Friday night and the eastern side on Saturday night.

Cost: Free.
Ages: This one is fun for the whole family – just make sure you rug up! Brr!

Looking for more awesome experiences outside of the Central Coast? Head on over to our Day Trips section for things to do in Lake Macquarie, Newcastle, Sydney and the Hunter Valley.