Hidden away on the shoreline, just a five-minute walk from Empire Bay Ferry Wharf is Empire Bay Playground – a cute, sandy pit of play equipment the kids will absolutely love! This park caters for children under five, with a double slippery dip, small climbing frame, swings (one of which is accessible), a bouncy dolphin, mini flying fox and more. 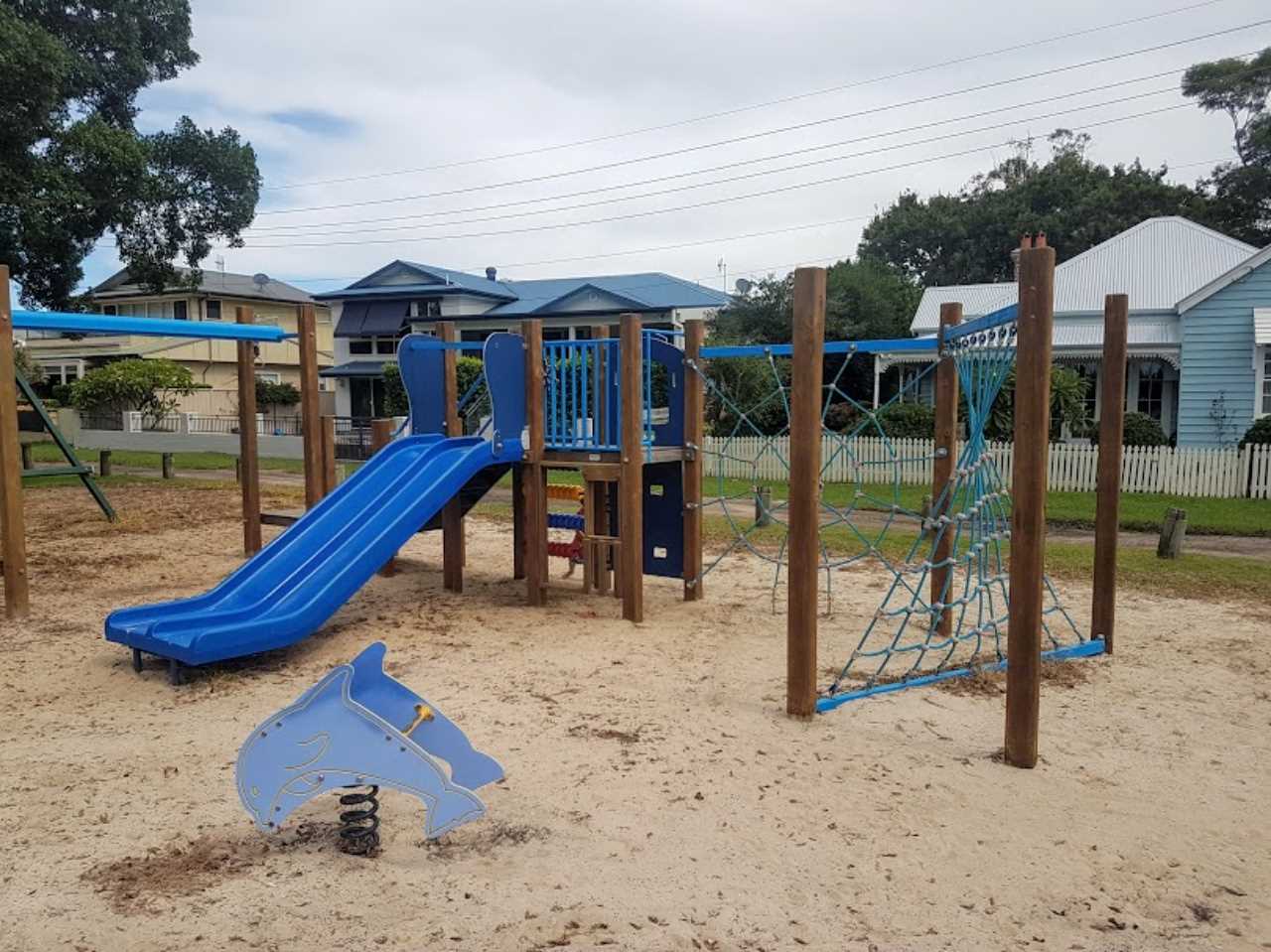 The ducks waddle about freely, so bring seed to feed them. The water’s edge is something to watch out for though with little ones, as is the small dirt track road that runs along the back of the park, past the houses.

The park area is largely shaded by both a sail and large trees which, coupled with the breeze from the water, makes this an idyllic spot in the hotter months.  There is bench and undercover table seating, or you can throw down a picnic rug on the large green to while away the hours after school. 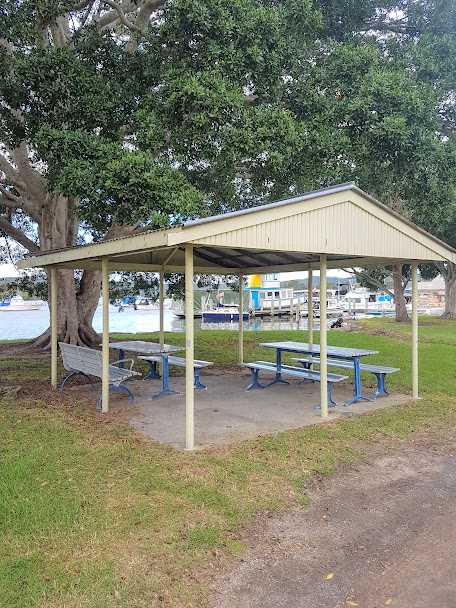 Just a short walk from the park is Empire’s D’Lite, a charming café where you can pick up yummy Black Drum Roasters takeaway coffee, Home ice cream and locally made jams and biscuits. There is also a fantastic deli counter which has anything from sausage rolls to cold meats and cheeses, as well as a hot toasties menu which comes in very handy if picnicking at the park! 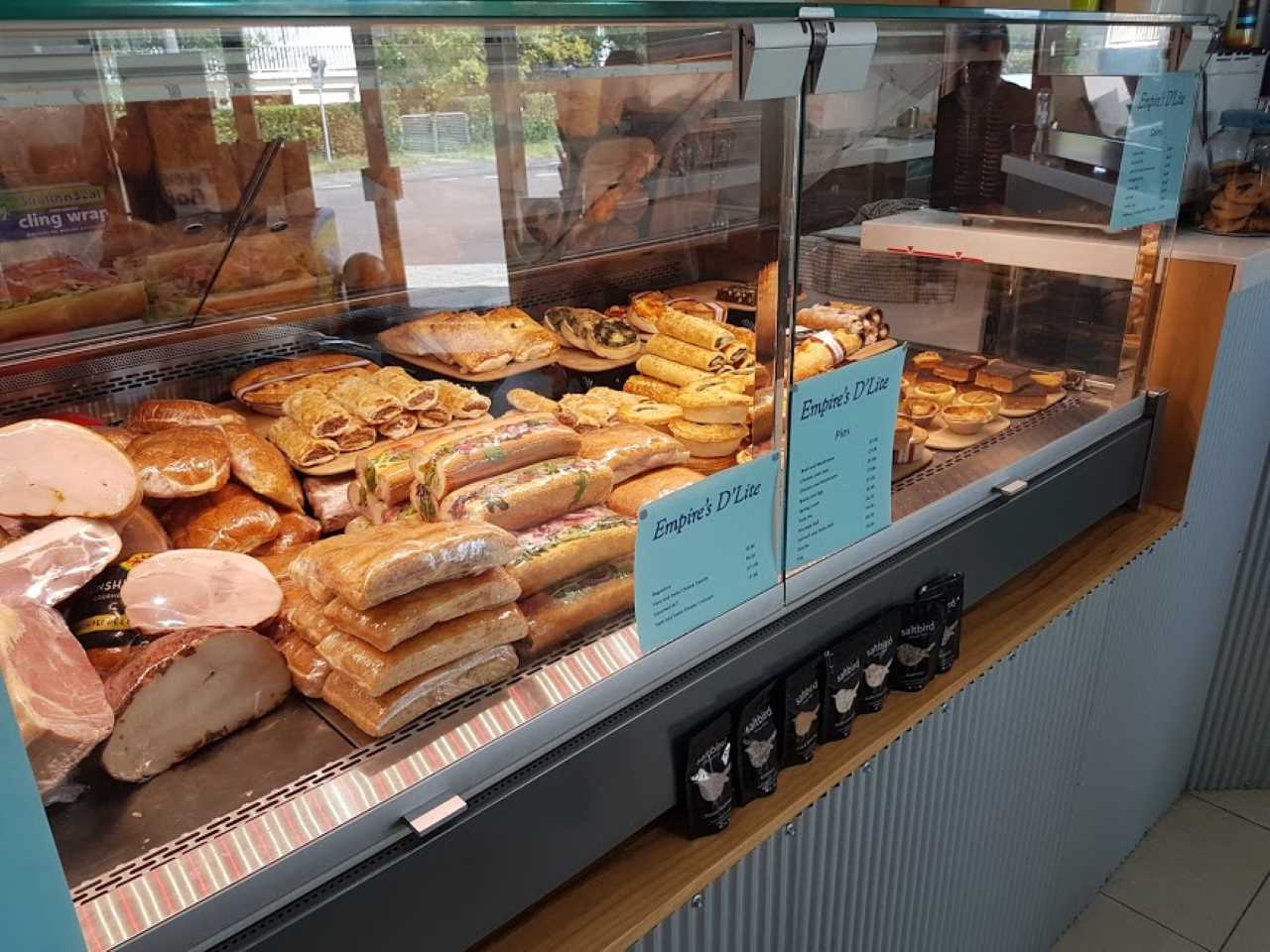 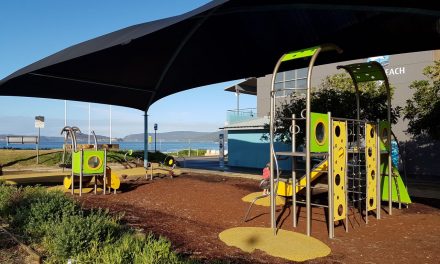 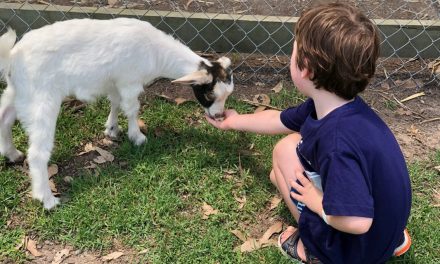 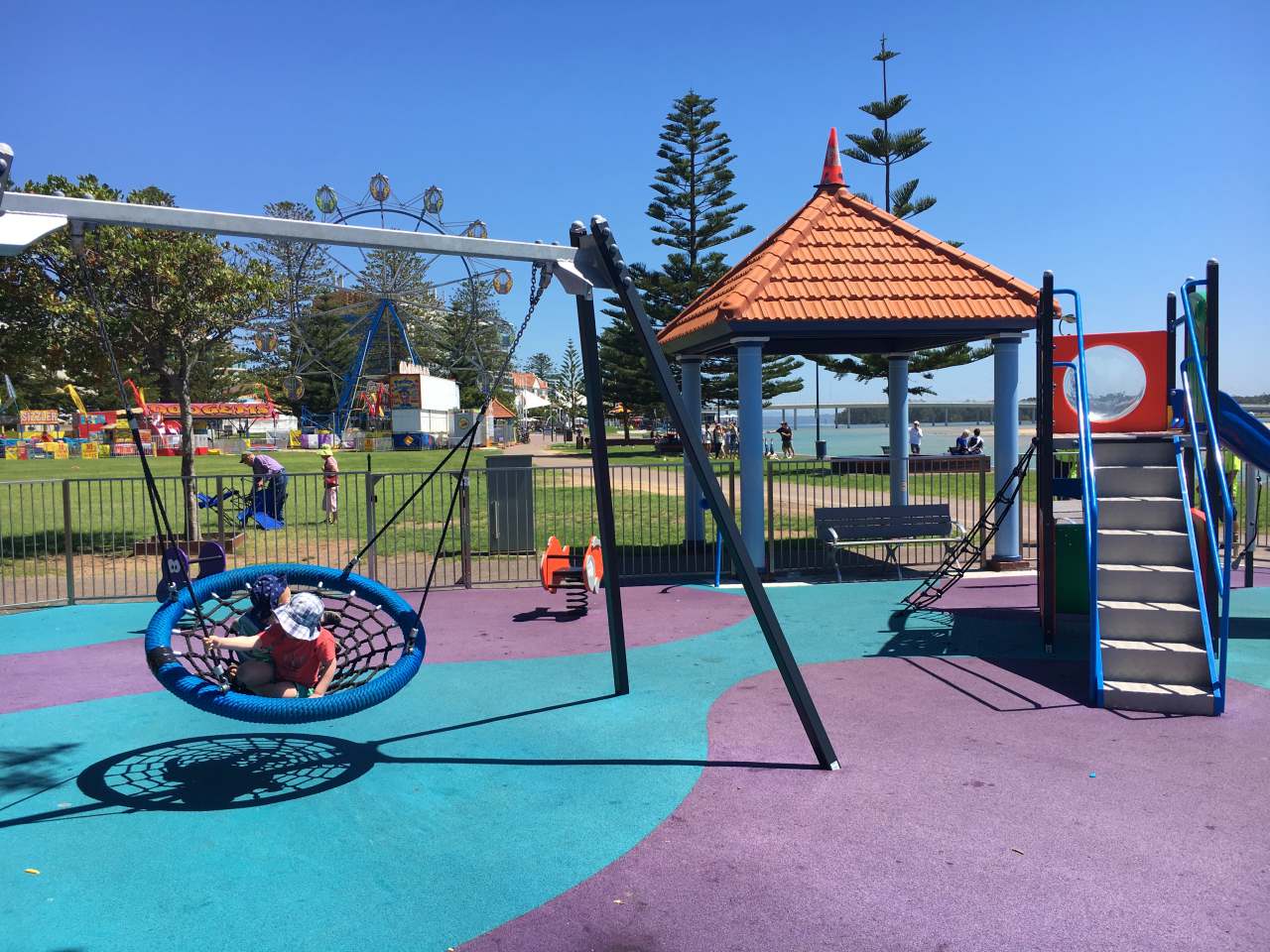 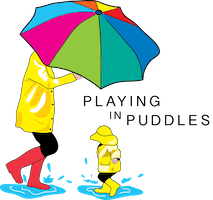 * Readers, we try to ensure that everything you read on Playing in Puddles is accurate at the time of publication, but please understand that businesses relocate, managers move on and places change. Please check prices, opening times and participation requirements with venues prior to loading your kids in the car.

Change Location
To find awesome listings near you!