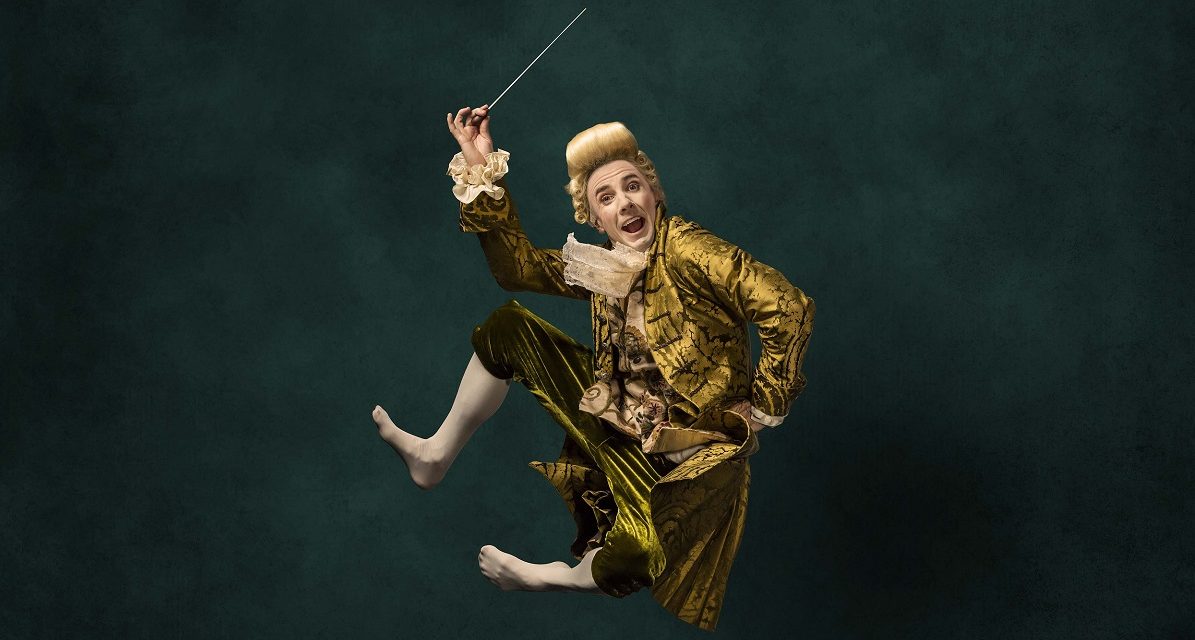 We’ve been to LOTS of kids’ shows over the years and “Wolfgang” would have to be one of our all-time favourites. After being lucky enough to see it when it came to town back in 2018, we came away in awe of the whole performance – to quote the little girl who was sitting behind us, it was – “absolutely unbelievable!”

That’s why we’re utterly delighted that it will be returning to The Art House Wyong stage this Winter – wahoo!

And – what makes this experience extra special is that kids aged between 6-10 years will have the opportunity to experience the movement, magic, and physicality of Mozart during a 60-minute workshop run by Circa!

Want in? To discover more about the Wolfgang performance and workshop, read on. ↓

To give you an idea of what to expect – imagine Charlie Chaplin performing acrobatics. We mean like side-splitting, laugh-out-loud maneuvers that’ll have the audience watching in disbelief at some of the stunts on show. We watched actors get completely get dressed while riding a bike continuously, an actress in point shoes with a man standing on her shoulders (ouch), and an actor doing a one-hand push-up on a chair that stood on another chair that stood on 4 Champagne bottles on a table! Think about that for a second! That’s ridiculous!

The show tells the story of Mozart, known as Wolfgang to his friends and family, and is a mashup of comedy and music with a circus twist. It feels (and looks) a bit like a giant party! With a live musician taking to the stage along with Wolfgang – a backflipping acrobat from Circa – this performance very successfully reinvents Mozart’s music for a young audience while adding a tonne of circus flair to keep them entertained.

Expect tumbles and crashes, cool acrobatics, daredevil artists, and an accordionist. It’s definitely a treat for the ears and the eyes, and you might even learn a thing or two about the man behind some of the world’s most famous musical pieces.

During this fun workshop, kids 6-10 years will learn some of the circus techniques and skills used in the stage show.  They’ll bring a piece of paper to life with magic and acrobatics, create their own comedy duet using a conductor’s baton plus heaps more – all accompanied by music from the show’s soundtrack!

PLUS, did you know that The Art House has an on-site cafe? A bite here before or after the show will make your little one feel all grown up and special. The cafe’s open 10am-4pm Monday-Friday.